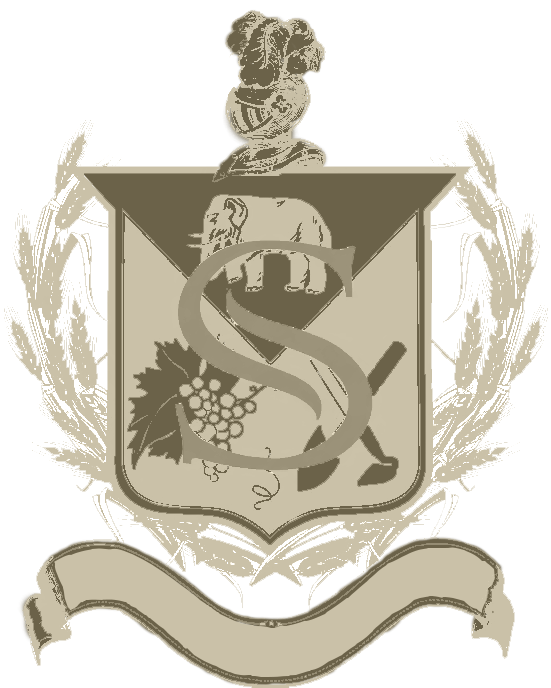 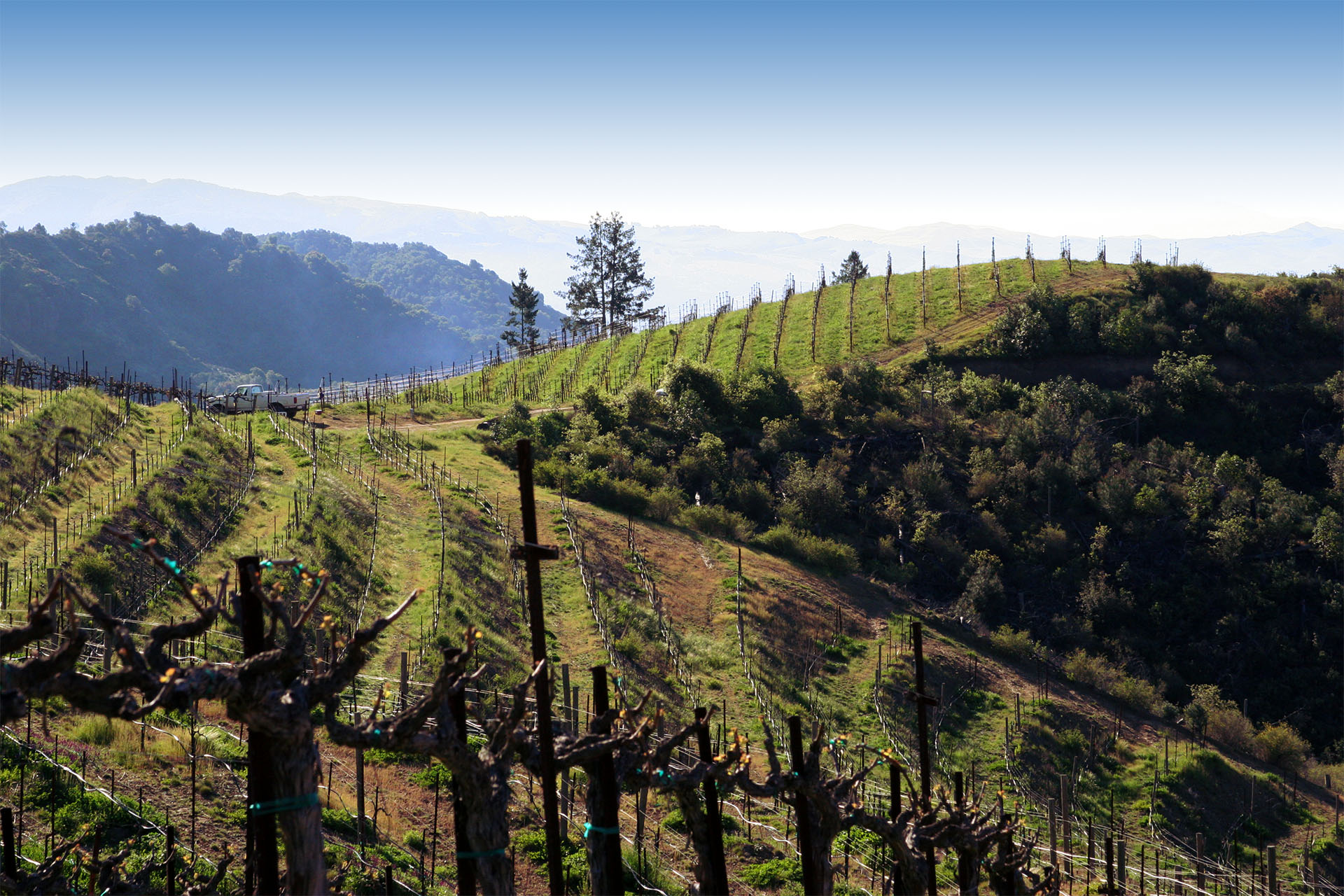 Howell Mountain
Guided for more than two decades by renowned winegrowers and vintners Pat and Anne Stotesbery, Ladera has earned a reputation for making some of Napa Valley’s greatest mountain-grown Cabernet Sauvignons. At the same time, Ladera has helped to champion a balanced expression of mountain winemaking, where smoothly structured tannins, excellent natural acidity and layered complexity add nuance and sophistication to the intensity of the mountain fruit. Made by gifted winemaker Jade Barrett, using grapes from the finest vineyards, Ladera’s wines are recognized as benchmarks for their depth, elegance and aging potential.

With deep agricultural roots on both sides of their family, and two decades of experience as ranchers, Pat and Anne Stotesbery acquired their first Napa Valley mountain vineyard in 1996, with the intention of growing grapes to sell. They selected their original vineyard on Mount Veeder with the help of two winemaking friends, and immediately began replanting from Chardonnay to Cabernet Sauvignon. Pat and Anne quickly fell under the spell of growing wine grapes, and the following year, they purchased their second mountain vineyard, Lone Canyon—a decision that marked the beginning of their transition to being full time winegrowers.

From growing grapes to working in the cellar, Pat and Anne found that they loved making wine and sharing the experience with their four children. Eager to fully embrace their new life, they moved their family to Napa Valley, and in 2000, they acquired a historic Howell Mountain property featuring an 82-acre vineyard. For the next 16 years, this property served as the home for Ladera, and the source for some of its most revered wines. In the early years, Ladera was almost entirely a family endeavor, with Pat and Anne working six days a week. “It was the start of a new life for us,” says Pat. “I was doing all of the fruit sampling and
pressing, while running the business side of the winery. Anne was building our wine club and hospitality programs. We closed the winery on Sundays so that we could have a day off.”

This commitment soon established Ladera as a rising star with a reputation for making some of Napa
Valley’s most exciting high-elevation wines. The Stotesbery also embraced their new community, with Pat becoming the first president of the Howell Mountain Vintners and Growers Association in 2004, and the president of the Napa Valley Vintners in 2008, where he still serves as a board member today. Through these associations and others, Pat established enduring relationships with many of the top Napa Valley winegrowers—relationships that continued to elevate the already exceptional quality of Ladera’s wines
from its celebrated Cabernet Sauvignons to its acclaimed Napa Valley Sauvignon Blanc, and most recently its Pillow Road Pinot Noir and Chardonnay.

In 2012, Ladera hired winemaker Jade Barrett to guide its winemaking program. An internationally trained winemaker, and a veteran of Napa Valley’s Lewis Cellars and Jericho Cellars, Jade’s thoughtful, vineyard-driven approach has only reinforced the remarkable quality of Ladera’s wines. At the same time, he has remained true to Pat and Anne’s belief in making elegant and balanced wines that possess the structure and nuance to pair beautifully with food.

In 2016, following the earlier sales of the Lone Canyon and the Mount Veeder properties, a new chapter in the Ladera story began when Pat and Anne sold their land on Howell Mountain. While Pat and Anne retain
access to some of their favorite fruit from the Howell Mountain vineyard, Ladera is also partnering with a handful of Napa Valley’s other exceptional mountain vineyards. “Over the course of our first 20 years, our love of mountain vineyards took us from Mount Veeder to Lone Canyon to Howell Mountain and beyond,” says Pat. “From each location we learned a great deal, which made our wines better and better. Today, this knowledge and experience, along with the freedom and ability to work with Napa Valley’s greatest vineyards, is resulting in our finest wines ever.”

Lone Canyon
Look northeast from the town of St Helena, and you’ll see the west facing slopes of Howell Mountain rising high above the Napa Valley floor along the eastern side of the Silverado Trail. Ladera’s Howell Mountain vineyard sits across the broad summit of a ridge of that mountain, and in spite of altitudes ranging from 1,600 to 1,800 feet, the terrain is rolling and gentle.

It’s a scene that looks remarkably peaceful for a mountain with a volcanic past. The volcanic soils are evident, however, in the deep red color of the soil that is part of the magic of Howell Mountain. The valley fog doesn’t reach these elevations, but in spite of full days of sunlight, high temperatures at this altitude are cooler than those at the valley floor. While fruit development lags behind the valley floor in the early part of the year, we catch up in ripeness later in the year when we are bathed in sunlight and the valley floor is still covered in Pacific fog.

In 1982 Howell Mountain was officially designated as California’s first sub-appellation within Napa Valley. By that time, it had been recognized as a unique site for prized and prestigious vineyards for over a century. 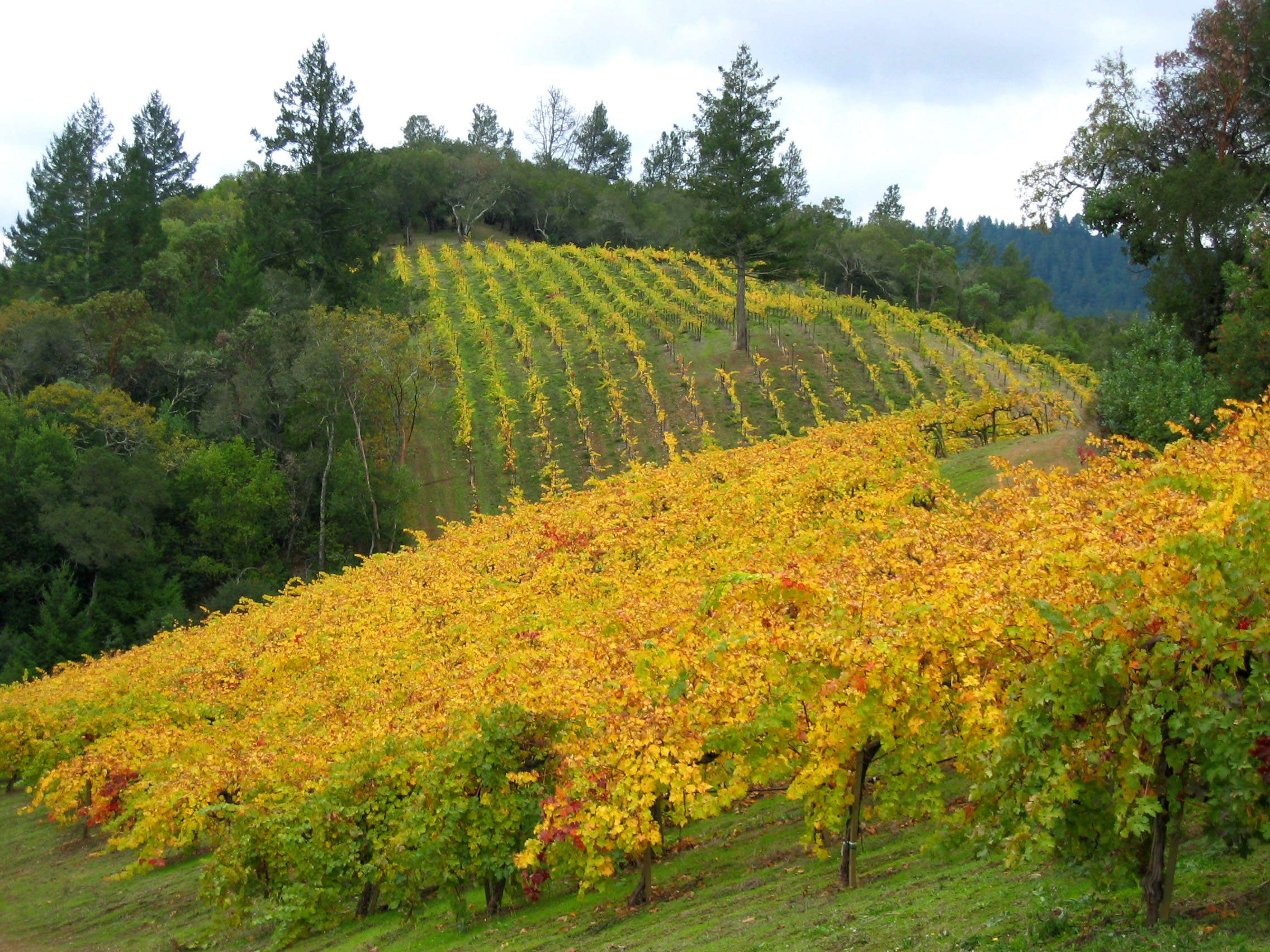 Howell Mountain
The thirty-inch-thick stone walls of the Brun & Chaix Winery were built under the direction of Italian stonemason Frank Giugni by Chinese workers who had originally been brought to California to cut the right-of-way for the railways through the solid granite of the Sierra Nevada Mountains. The stone used in the winery came from a quarry near Angwin Creek on Howell Mountain.

Since each floor had its own ground level entrance, grapes could be brought by wagon to the top level for crushing, allowed to flow by gravity to the middle level for fermenting, then to the bottom floor for barrel storage. They saved not only the costs of pumps, they saved their wine from the damage pumping can cause. When crushed fruit is pumped, grapes and stems can be broken and undesirable tannins released into the juice and resulting wine. After fermentation, gravity-flow introduces less air and is more effective at separating the solids from the clear wine.

When Ladera bought the property in 2000, we were determined to preserve not only the craftsmanship of the stonemasons, but the intention of the winemakers. The old stone winery, though listed in the official book Ghost Wineries of the Napa Valley, is no ghost. It is one of very few such structures that not only has been restored, but returned to its former glory as a gravity flow winery.

We have built new technologies into the winery renovation as well. The size and configuration of the tanks is also very diverse— from small open-top fermentors, using a punch down device, to medium size closed-top tanks, which utilize traditional pumpovers.

All our wines are aged for about 2 years in French oak barrels tucked safely in our underground caves, where they are racked by gravity as often as taste determines. Our renovation includes almost 18,000 square feet of caves dug into the rock, connecting to two portals (one built in 1886) on the bottom floor of the winery.

Tours of our historic winery are available by appointment. 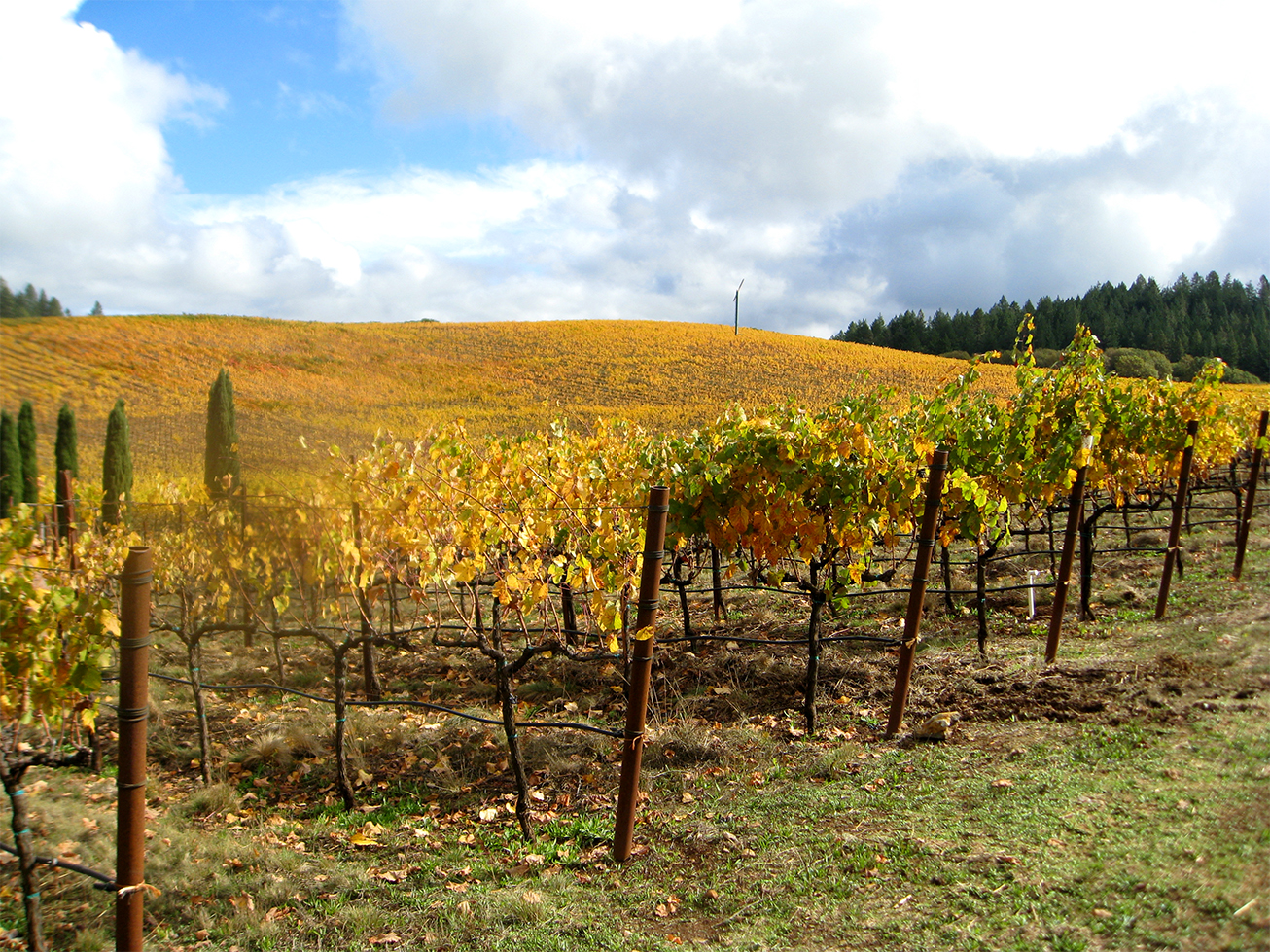